Australia could learn a lot if it actually listened to Indigenous women on domestic violence – Progressive Aboriginal feminists have made persistent efforts to bring domestic violence issues to the attention of the Australian public. The failure of Warren Mundine, and many others, to listen to them reflects deep sexism and racism, writes Celeste Liddle.

The times are not a-changin’? – However you feel about Bob Dylan’s Nobel win, it’s difficult to ignore the gender issue. Jenna Price points out that just 5% of all Nobel Prize winners have been women, and Natalie Kon-yu argues that the decision to honour a white, established male over many accomplished females is anything but revolutionary. This graph of gender ratios across Nobel Prize categories exposes startling male bias.

The malice and sexism behind the ‘unmasking’ of Elena Ferrante – If you’re girlcotting the ‘outing’ of Ferrante, read no further. Jeanette Winterson explores the misogynistic sentiment at the heart of Claudio Gatti’s exposition, and this fantastic piece from Lili Loofbourow looks at the concept of ‘naming’ and its importance in the way we receive and interpret works of art.

Women who hate Trump, but aren’t With Her – Barely a day passes without a new burst of misogyny from Trump, making Hillary Clinton (already the candidate of choice for women, with a 20-point lead over His Orangeness) a no-brainer for feminist voters. But that doesn’t mean they’re necessarily happy with her either. Emma Green’s intriguing article in The Atlantic reveals what queer women and women of colour think of HRC.

Why do people dislike Hillary Clinton? – On the other hand, suggests Megan Carpentier, the ingrained and sometimes scarily passionate hatred of Hillary by Trump supporters and others has its roots in her days by Bill’s side when he was governor of Arkansas, because she kept her maiden name and continued to work in her law firm. 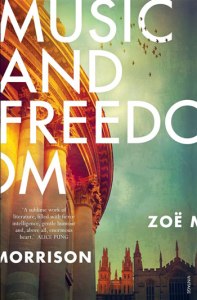 Digital Writers’ Festival – In this first festival under director Jane Howard, there are lots of exciting feminist events open to writers and booklovers around Australia. For Women of TinyLetters, Sophie Cunningham, Alice Pung, Kylie Maslen and Maureen Matthews write letters to themselves, starting with A Letter to My 13-Year-Old-Self. You can subscribe to their emails and join a live event at the Wheeler Centre. Friday 4 November, Melbourne.

Book Launch: Lesbians Ignite! In Victoria in the 1990s – Written by Jean Taylor and published by Dyke Books Inc, this book will be launched by the award-winning playwright Patricia Cornelius, with readings, speeches, afternoon tea and entertainment by the singing group Dyke Divas at the Kathleen Syme Library. Saturday 19 November, Melbourne. 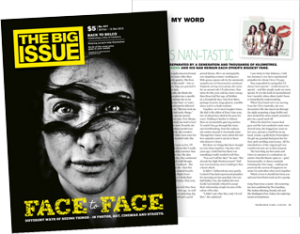 Poetry opportunities alert! – The Overland Judith Wright Poetry Prize for New and Emerging Poets seeks outstanding poetry by writers who have published no more than one collection of poems under their own name. The major prize is $6000, with a second prize of $2000 and a third prize of $1000. Entries close Sunday 20 November. The Ron Pretty Poetry Prize is also open, offering a first prize of $5000 (second prize $1500, third prize $750). Entries close 22 November.

Ruth Quibell‘s The Promise of Things – Ruth spoke to Cassie McCullagh on ABC Life Matters about her new book.

And Some Books We Keep Talking About