We are thrilled to announce the program details for our networking day, Friday 26 August. Writers and readers from around the country will come together at the iconic Queen Victoria Building in Melbourne’s CBD to discuss topics from feminist publishing and the politics of personal writing, to building feminist communities and mothering from the fringes.

Writers include Maxine Beneba Clarke, Anastasia Kanjere, Lian Low, Susan Hawthorne, Emily Maguire, Zoya Patel and Clare Wright, who will speak from their experience, in discussion with the audience – networking, interrogating, conversing and questioning what it is to be a feminist writer and reader. View the full program here. 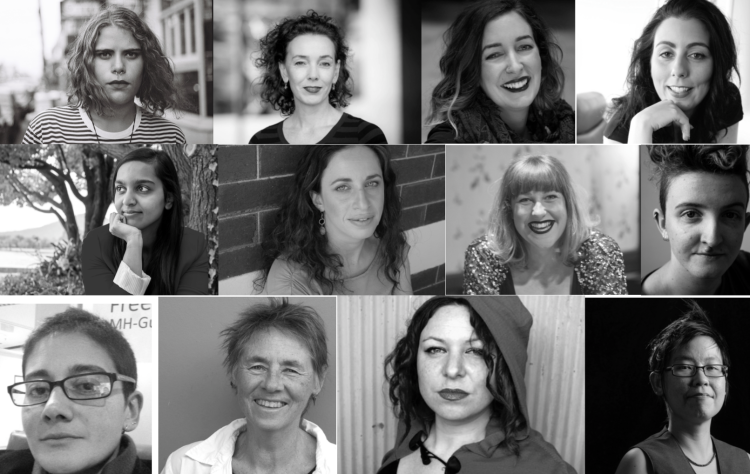 When Eddie McGuire made ‘jokes’ on air about holding Caroline Wilson under water, the mainstream media jumped to his defence. Erin Riley, who was one of the first to draw attention to the comments via her blog post, writes in Daily Life about the refusal of the mainstream media to acknowledge gender bias in sporting culture. These attitudes, Riley writes, say to women ‘either fit in or leave … we will only accept you as long as we don’t have to change’.

In Overland, Danae Bosler calls for the acknowledgement of women’s political agency and activism in our literary canon. She unearths an impressive list of radical texts by women that have gone unread and unappreciated. Our understanding of Australian history is poorer for not incorporating these books into our literary awareness. Time to get reading!

Cherchez la Femme is a monthly feminist discussion group. July’s topic, Feminism and Race, will explore the ignorance and exclusion of Women of Colour from mainstream feminist movements and the work that WoC have undertaken to the benefit of all women. This discussion will be an opportunity to teach, learn, listen and examine the tricky questions that arise at the intersection of race and gender. Featuring Namila Benson, Yarramun Conole and Areej Nur, and hosted by Thanh Hằng Phạm from ‘Queering the Air’. Melbourne, Tuesday 5 July.

Once a month, Radio National hosts an African Book Club. This month’s choice is Nadine Gordimer’s July’s People, a 1981 novel depicting an imagined post-Apartheid world in South Africa. Tune in in on Thursday 30 June.

Ever noticed a link between academia and crime fiction? Many academics have turned to crime writing, and many crime stories have academic settings. Sisters in Crime are hosting a panel exploring this connection – Death in the faculty: crime fiction and academia. Featuring writers Leigh Redhead, PD Martin, Elise Payne and Sue Turnbull, all of whom have backgrounds in crime or academia or both! Melbourne, Friday 22 July.